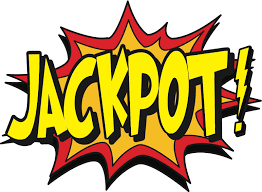 The BEST turnout ever.   28 Teams and not one person was late, forgot to come or otherwise. Thank you all, it does make the conveners job so much more FUN to organize.

Everyone enjoyed a surprise, congratulatory refreshment, at the bar on completion of play. You just never know what surprises can happen at these Friday fun days.

And YES their always is a worst 2 loser BUT their score is improving.

The Joker Pot of $700 was attempted by Ian & Colin both drawing an Ace and Queen of Hearts so were paid $10 & $20 for their efforts. Also, George and Norm had a crack BUT to no avail. They did drown their sorrows at the bar with a complimentary for their effort.

So, next time Joker Pot will be $750 the MOST EVER

A special thank you to Rachael Ling who supplied 2 buckets of Avocado for members to have, and asked for a $$$ donation in return. Rachael then donated the funds received to the club. Just on $50. Thank you Rachael.