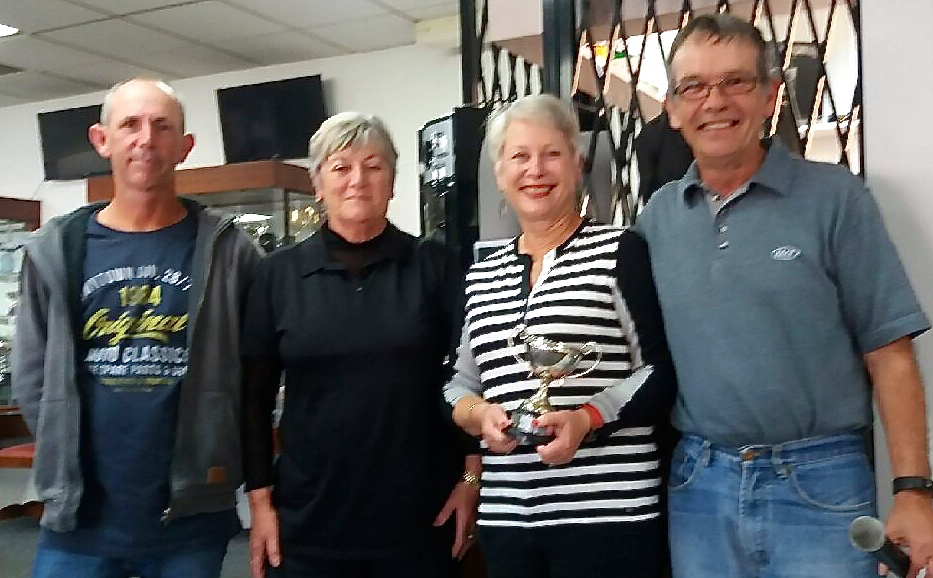 The Lattimer Cup has a long history as a tournament hosted by the Brown Bay Bowling Club and is played during the winter each year.  Originally for Junior bowlers year 1 – 5, it has recently been opened to include 2 x 1 – 8 year bowers.

Mairangi Bay had 4 teams entered this year and, with another team on the waiting list, were the club with the most teams entered, which is a testament to the strength of the junior bowlers at MBBC.

There were just two teams with fours wins on the day and both of these were from Mairangi.  In second place, was the team skipped by Tony James, with Ron Horne at three, Garth Partridge at two and Bob Mullen at lead.

And the winning team of Neil Buckner, Theresa Rogers, Dave Payne and Colleen Rice won the cup by having just one more end than the other MBBC team.  CONGRATULATIONS !!!!

So, first and second to Mairangi Bay Bowling Club.  Surely another accolade for the support and coaching provided by the club and the great dedication, skills and enthusiasm of the junior bowlers at MBBC.

The format for the day is that cards are drawn and it is random on who plays who.  Unfortunately with four teams entered, Mairangi had to play Mairangi and the winning teams would like to extend their appreciation to the other Mairangi teams for sorting out some of the other strong contenders in the field.

Thanks to Ian Hardy, Ian Coombe and Rex Redfern for all the time and effort they put in to assisting new bowlers. You guys are legends.

Thanks also to the members who showed up to support our teams.  Very much appreciated.