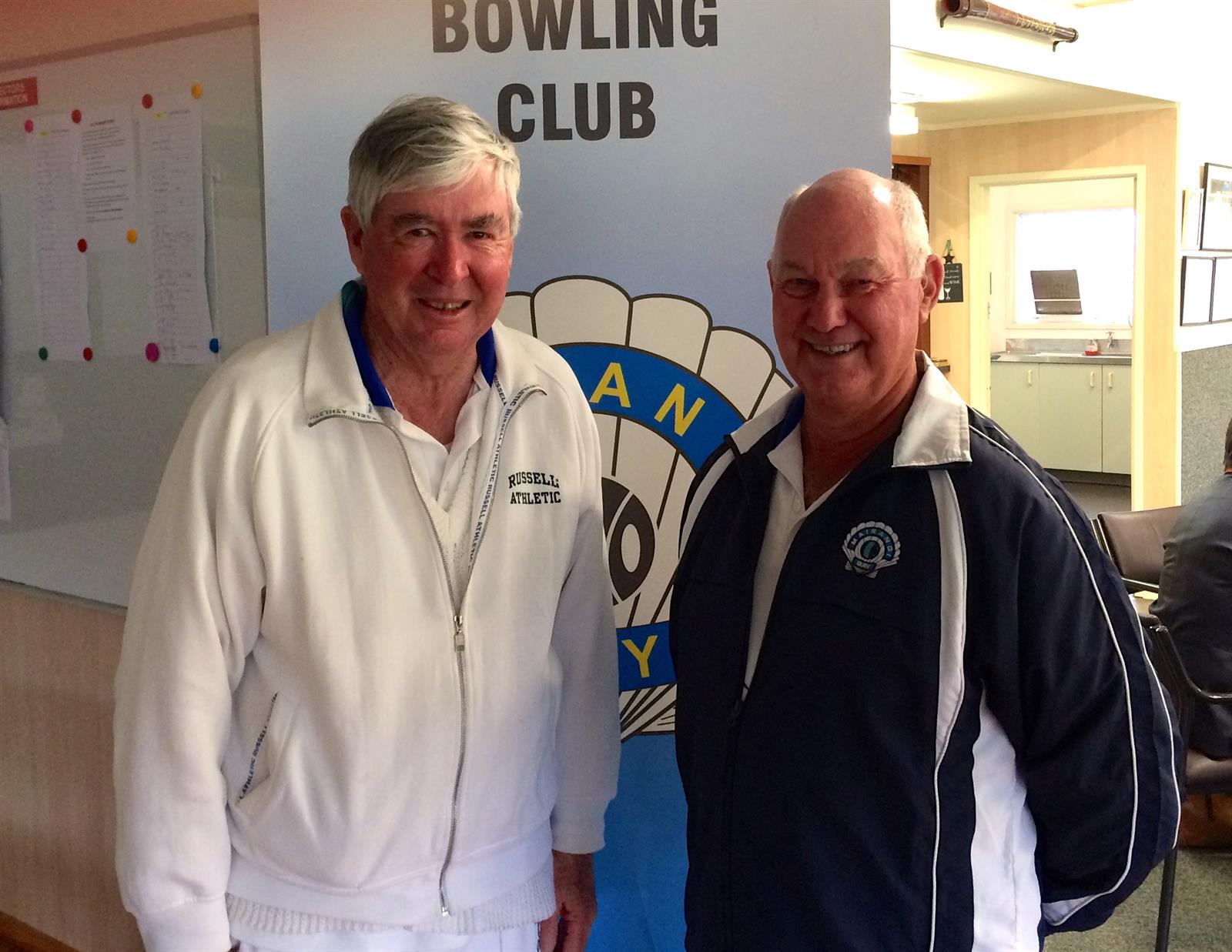 Congratulations to Steve McGregor and Neville O’Connor who were the winners of the mens handicap pairs played over the weekend.

The qualifiers were sorted out on Saturday with some very close results (a testament to the handicapper) and through some blustery weather that included two hail storms.

Sunday dawned fine and the feelings were high as the night before, the All Blacks had scored an outstanding win at North Harbour Stadium.  The knock out game commenced at 9:00am and the results remained close, with some of the more fancied teams able to take an early shower.

After lunch, the crowd gathered to witness a battle between the finalist, Steve and Neville vs. Rex Redfern and Kevin Cameron, with the game being neck and neck right up until the last few ends.  Once again, congratulation to Steve and Neville. 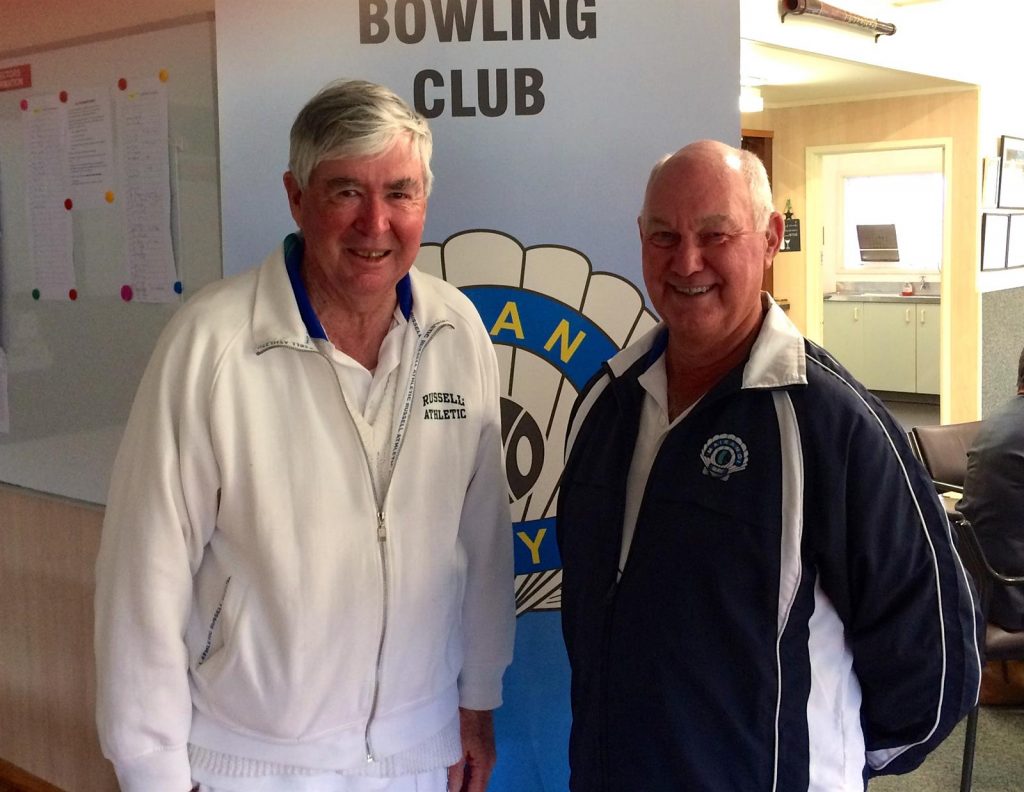 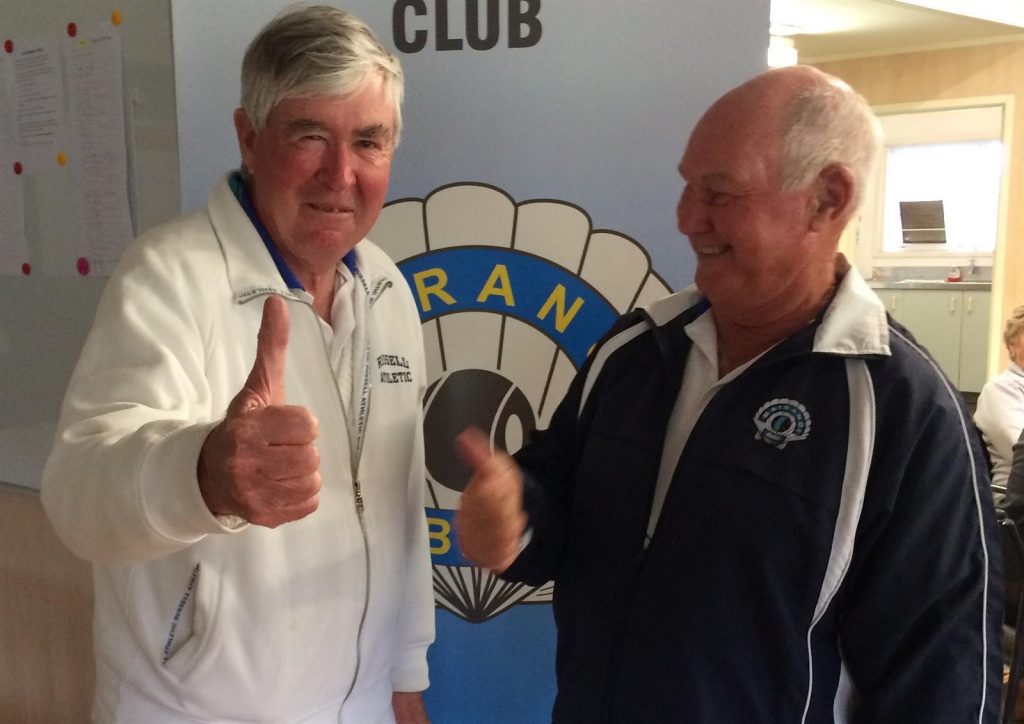