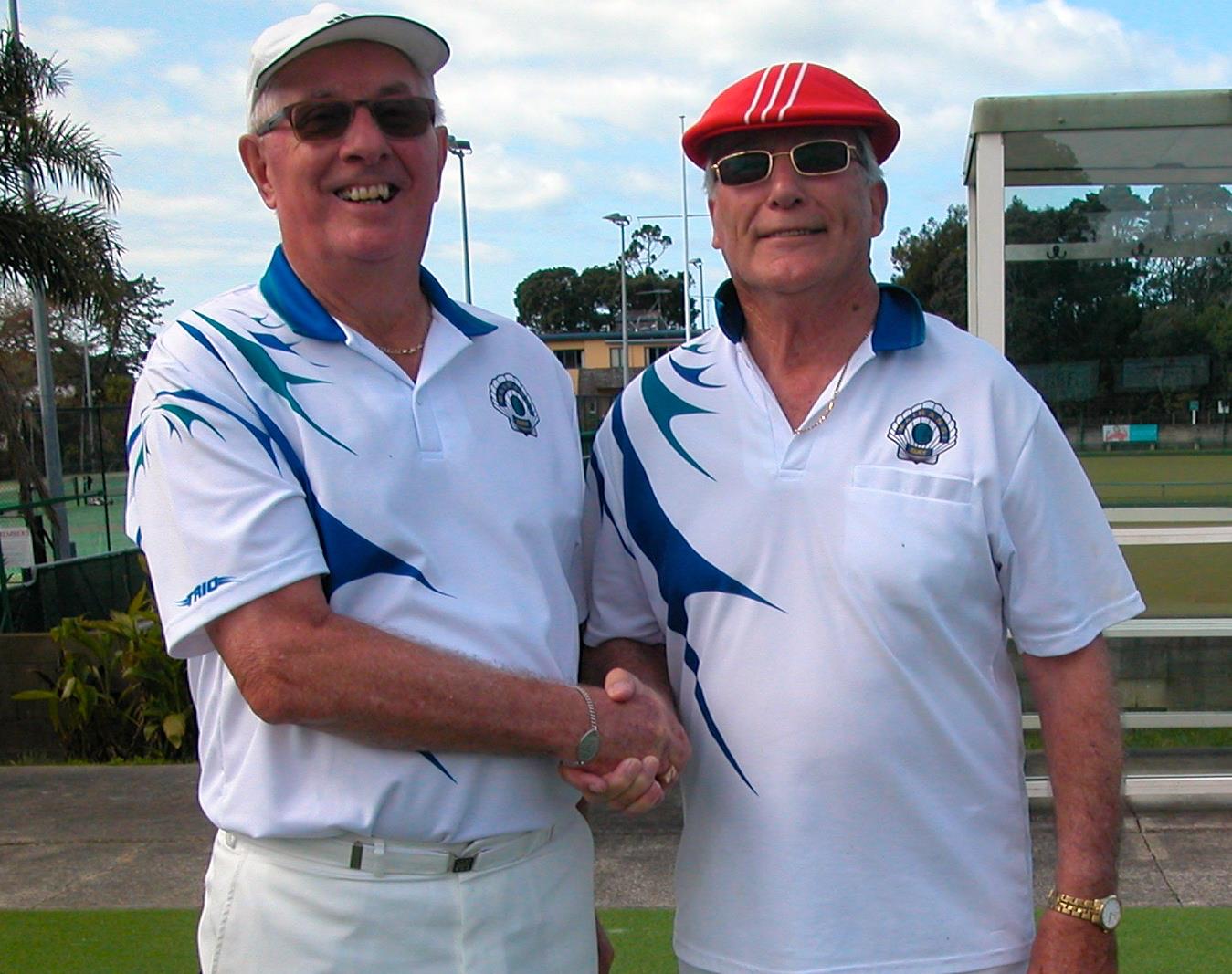 Eight teams qualified for the post section play on Sunday with many of the games going to 21/20 scores: a testament to the handicapper.

The final was played out on Campbell Green, between Allan Langley, a year two bowler on a handicap of 6 and Ian Baxter, handicap of 3, who had fought hard on Saturday with two of his games being 21/20 wins.

The final started at 1:40pm with an attentive crowd watching on, the sun shining and perfect bowling conditions.  The scores quickly tied at 6/6 after just a handful of ends and then in 1’s and 2’s Ian creeps out to 6/10 lead.  The next end resulted in a 4 to Ian, who with his slow, smooth delivery looked to be really putting on the pressure.  6/14.

Can Allan respond or is it just too much for a bowler starting his second season?

The next end sees Ian two up and Allan with one bowl in hand which he draws dead and takes the shot, 7/14 and then the next is a one so 8/14.

From the far end, Allan has found his form with 3 close bowls tempting a weighted shot from Ian which just slides by the shot bowl.  3 to Allan: score 11/14.  This send Ian off for a drink (of water) and on return he finds that the form has not left Allan who takes another 3 and brings the scores back to level at 14/14.

A last bowl draw from Ian gains the shot, 14/15.  Back they come the other way and with 3 great bowls Allan is holding 3.  Ian pops one down with a little weight and it nudges one of Allan’s bowls so it’s two and a measure, however Allan has one to come.  Can he convert it to 4?  His final bowl is a little heavy, disturbing the head and nudges off an Ian bowl and it looks like 2 to Allan or maybe a measure for three.  2 confirmed and so we now have 16/15.

Allan takes the mat and makes it a long 2 to 2 from the club house end.  Fantastic draw bowls see him take 3 and the score moves on to 19/15.

Now it’s time for the seasoned bowler to step up and show his experience, however Allan’s first bowl is a toucha putting the pressure on.  Ian comes up right on line and a metre short.  Each have now played 3 and Allan holds one and draws another to 6″.  Ian comes down with a bit of weight and more green.  The bowl takes a wick off Allan’s 6″ wide bowl and rest on Allan’s shot bowl to take over the shot.  19/16

Now a shorter end.  Good tactic Ian, however Allan’s second bowl takes a wick and is a toucha.  Ian then sneaks inside it to hold shot.  Allan’s 3rd bowl picks up the jack and he now holds 2. Ian has one bowl left and goes to the head to come up with a plan.  Down it rolls, closely skims by, so Allan holds two and the match.  Congratulation to Allan.

What a great match and what a performance from a talented new bowler.  Well played Ian.