Metlifecare sponsored the day and they also provided a delightful morning tea.

There were no four winners. The best of the three and a half winners was the team of Peter Orgias,  David Lloyd and Alan Langley.

The second three and a half winner was Ian Hardy, Colin Rogan and Grant Keats.

In third place was the team of Ric Lydford, Phil Chisholm and Fata Letoa. They were the best three s.
Regards Rex 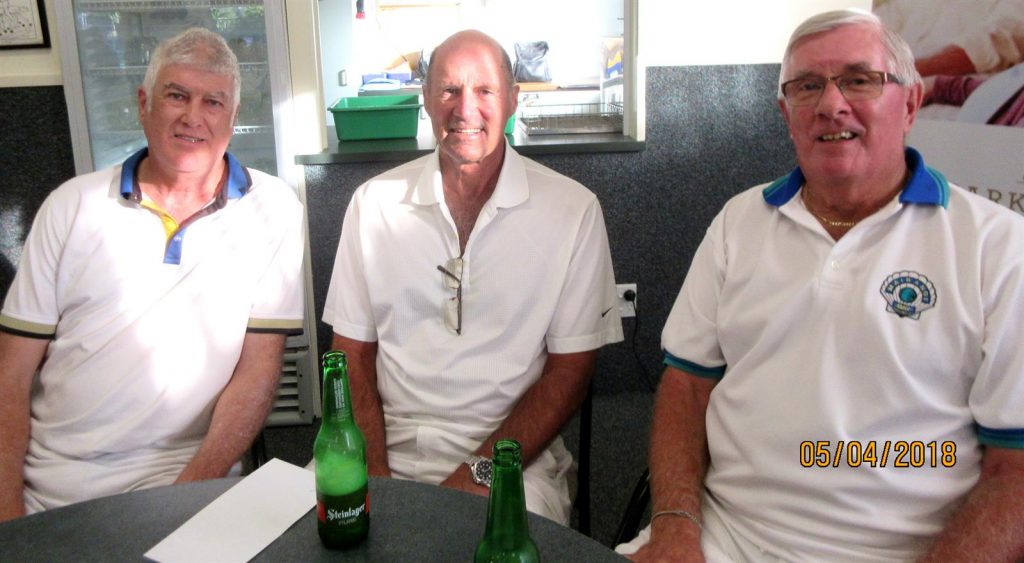