Report by Phyl Humphries.
In spite of a rather wet start to the day, we eventually managed to play the scheduled three games when 46 members from Mangawhai Bowling Club made their annual visit to Mairangi Bay.

They arrived at 9 a.m. in the pouring rain and things did not look too promising.
We had morning tea, sat around chatting for a while until the rain ceased and we managed to get one game in before lunch.

The weather improved slightly after lunch enabling us to play one full game and another shortened game of 5 ends to complete the day, by which time, of course, the sun was shining!

Mangawhai wanted to be away by approximately 3.45p.m.

We finished play about 2 p.m. which gave us time for afternoon tea, prize giving etc.

As always, and enjoyment were the key words.

Players changed their positions, the team they were in and the rink they were on for each game and at the end of the day, there were seven players with 3 wins spread over the two clubs.

Paul Freeman reminded us that this was the 21st time we had played against each other.   Must be nearly a record.

I had a ‘phone call from Paul in the evening thanking everyone and saying how much they enjoyed the format and the friendship and looked forward to seeing us in Mangawhai on the 7 March.

Thank you to everyone who helped make this day a success in spite of the weather.
Phyl.   Match convenor 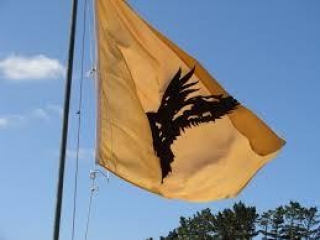