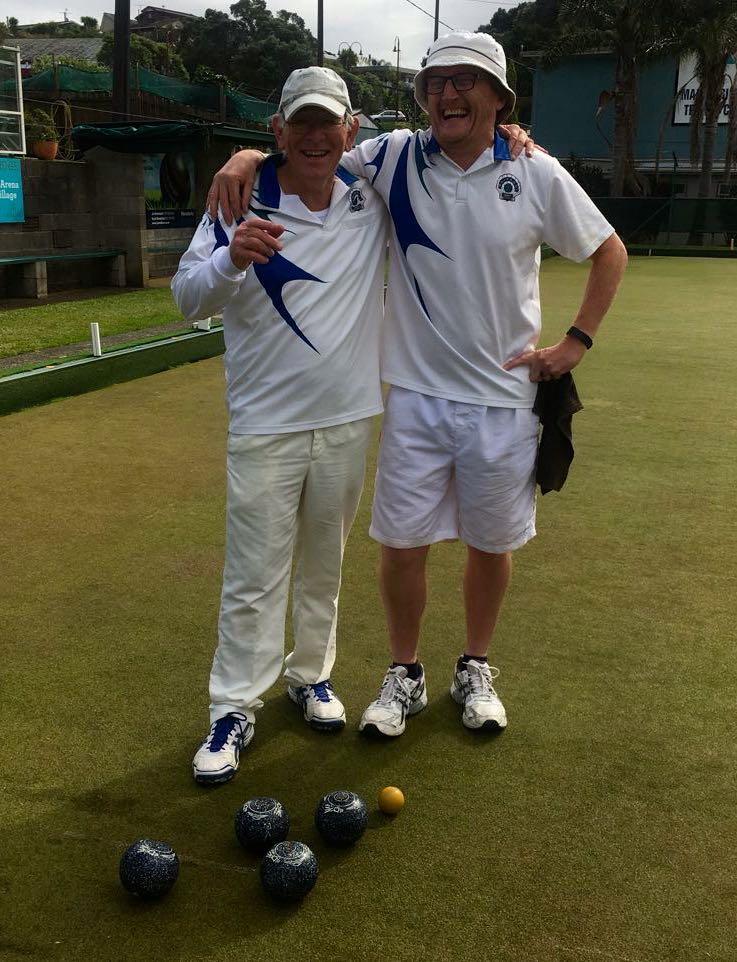 Hi Everyone
Well the summer season has almost finished and then we are on to the Winter Season ( My wife reckons there is no difference ! )

On the weekend the Men`s Junior Singles was played.  Postponed previously due to bad weather. We had 10 players vying for the top four on Saturday, the weather was great warm and very little wind and the greens running superbly.

We had three four winners with Phil Chisolm coming out top qualifier, with Allan Blackman second and Alan Daniels third. Mike Wilkinson rounded up the top four being the best two .

Sunday was finals day, with some showers in the morning the green was on the slower side. Allan Blackman played Alan Daniels in one semi. Daniels got away to a great start playing some amazing bowls to lead 10-2, Blackman edged back into the game with some great draw bowls and with the scores level Blackman edged ahead and never gave back the lead.

In the other semi, Mike Wilkinson played Phil Chisholm, with Mike appreciating the slower conditions he set the pace early with some great bowling. Unfortunately, halfway through Phil tweaked his hamstring, slipping on the grass. We all feared it was a repeat of his previous tear. He played on but it did his bowling.  Having said that Mike was in unstoppable form.

The final saw Mike continue on with his outstanding bowling and Allan finding it hard to find his rhythm from his semi win. Mike was the deserved winner of the Junior Singles title, (see attached photo).

A big thank you to David for running the event and to the volunteer markers.

I believe tomorrow (Tuesday 8th May) we will have the First year singles for Women being played between Linda Valentine and Louise Ball. Good Luck to both players.

Unfortunate we have only one first-year male this year so Bob Mullen chose not to play himself.

Sunday 27th May sees the running of the Open first-year singles tournament at Manly. Hopefully, we will have two or three players representing Mairangi Bay.

This Friday is closing day/prize giving day starting at 1.00pm. There will be a couple of games and then the prize giving at 3.00pm.  is club uniform. If it rains prize giving will start at 3.00pm. Please bring a plate for the afternoon tea, which I highly recommend not missing.

On Saturday our 1-5 year, Junior Interclub team, will be playing in the Regional Interclub Mercedes Cup Final. Representing North Harbour they will play Papakura from Counties, Balmoral from Auckland, Mangawhai from Northland and also a team from North.    This event will be played on the synthetic green at Hikurangi,  north of Whangarei.

Just a reminder entries for the Centre Men’s and Women’s Junior Pairs close the Centre on Wednesday and for the 1-8 Fours close with our secretary on May 27th.

See you all on Friday.
Alan Daniels
Junior Convenor.