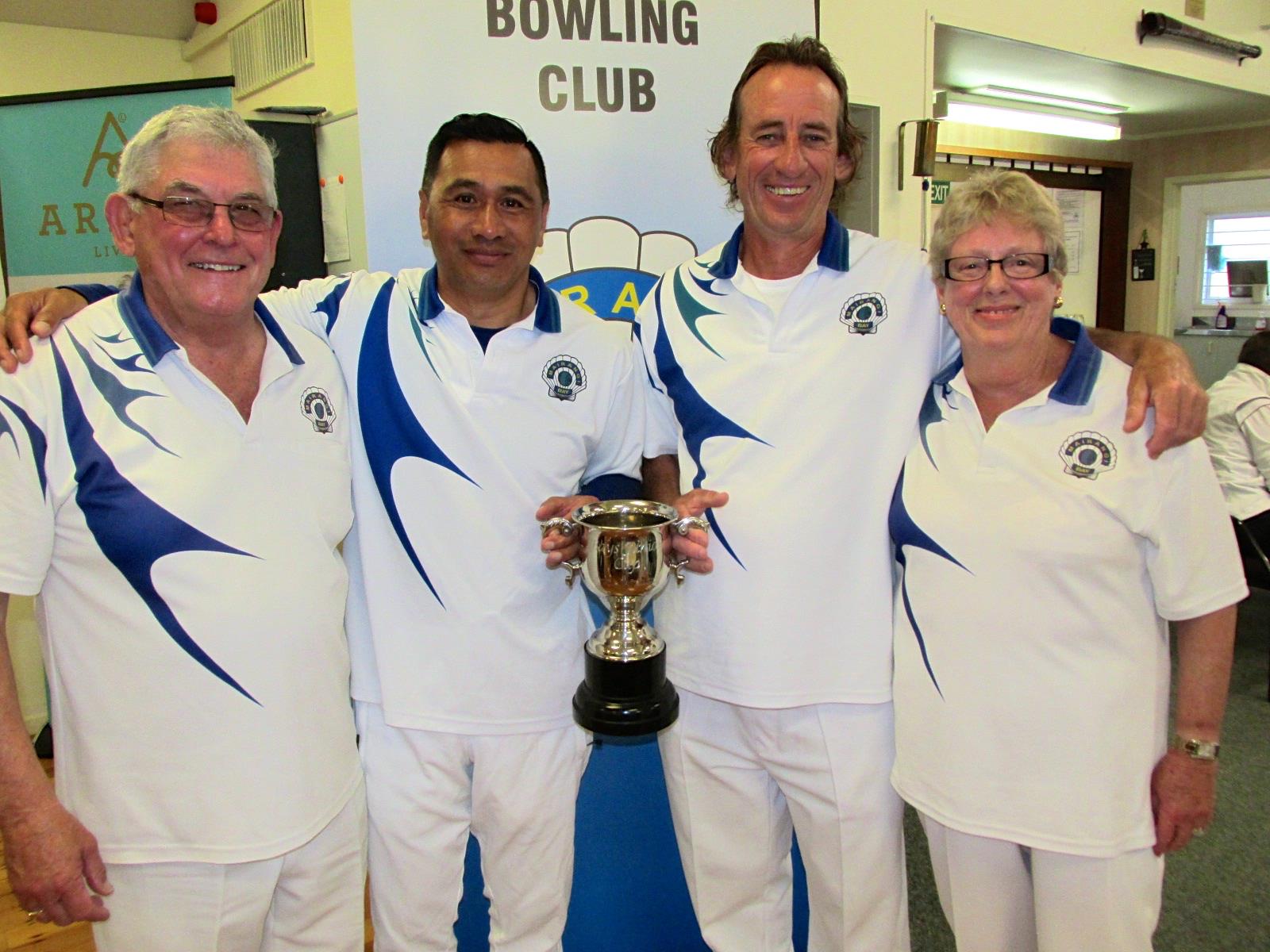 Despite the weather, a band of 28 teams of Junior bowlers from all over Auckland braved the elements and had a great 2-4-2 Pairs Tournament on Labour Day 23rd October.

There were 15 clubs from around the region represented at the Bays Junior Cup 1-5 year event. The teams came from as far away as Mahurangi East, Waiheke Island, Glen Eden and Howick Clubs.

The competition was really tough, even though the players were battling the weather throughout the shortened tournament.

All the players said that they enjoyed playing in the competition even though the weather was very challenging.

Getting a prize for bowling the first toucher in each game made the competition really serious.

The Bays Junior Cup Winners for 2017 were:  Fata Letoa and Phil Chisholm, (MBBC).

There were lots of prizes awarded and the results demonstrate that the coaching provided at MBBC is producing some great Junior bowlers.

Thanks go to the Team of Helpers who worked hard to make the BJC 2017 event a real success:
Trevor Tozer and Hamish Russell for setting up the greens, assisted by the MBBC Juniors.
Raewyn & Ray Parker, Hillary & Gordon Ross, for the scrumptious morning tea provided.
Jean Ashby for umpiring.
John Lindsay and Garth Partridge for doing bar duty.
President Bruce Aley for presenting the prizes. 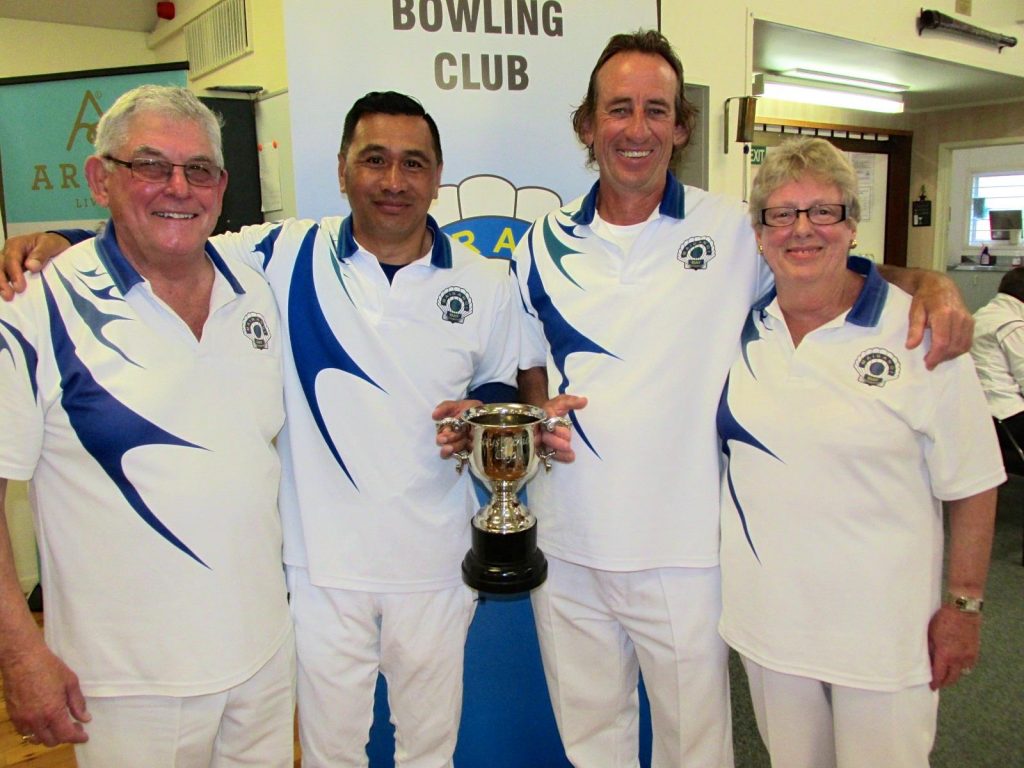