This meant that the Haggle had to take place on our fine carpet green and with a reduced, but still talented and enthusiastic, group of participants.

The best 3 winning team was the team of David Tripp, John McConnachie and Dave Hope. 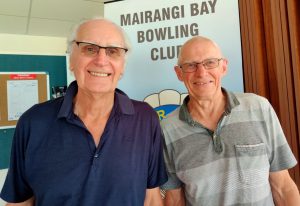 John had to get away prior to the photo session