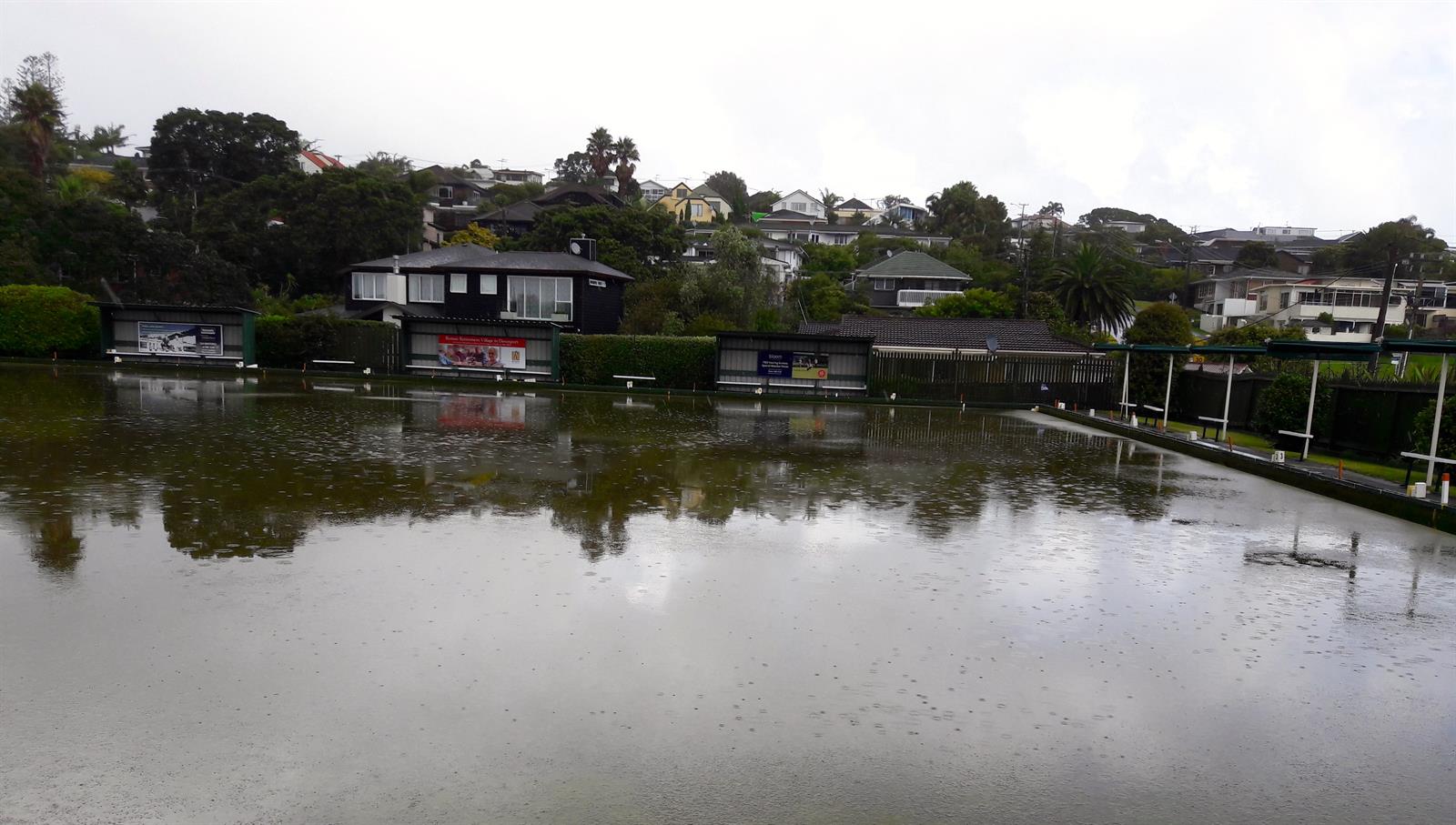 Hi Everyone
Firstly a Big Welcome to a new member John McConnachie. He has already been down, playing at the club and he will be a year 2 player this current season.

Last weekend was the Milford 5000 Triples.
Mairangi Bay had an amazing 7 teams competing out of a total of 30 teams with one 1-8 player allowed to play with two 1-5 players or three x 1-5 players.

Ian McKenzie, Milford Club President, praised Mairangi Bay several times during the weekend for the level of support not only for this tournament but also the previous seven.   This is a really great tournament with good competition, excellent food and great prizemoney if you happen to be successful and also played in excellent spirit.

We had steady light rain on Saturday morning and a huge downpour just after the start of the third game. This flooded the greens (see attached photo)  but after a stoppage of 40 minutes or so they were able to restore them to be playable again.

Sunday the rain stayed away.

We had three teams that made the Cup section Neil Buckner’s team, John Lindsay’s team and also Alan Daniels team. Neil’s team and Alan’s team recorded two wins each but need another win to get in the top 6 and the prize money. The teams that made the Cup were David Payne, Neil Buckner and Ron Horne; Alan Daniels,  Mike Wilkinson and Tony James; John Lindsay, Trish Hardy and Gayle Wilkinson.

In the Plate section the team of Mike Jelley, Allan Blackman and Edward Jelley had four wins out of four and gained Second Place.  The team of George Jones, Allan Langley and Theresa Rogers finished with three wins and Third placing. The team of Tony Trent, Collen Rice and Fata Letoa also had three wins and finished in Fourth place and also in the prize money.

The team of Gerd Hutcheson, Garth Partridge and Bob Mullen had a very good day with two wins.

The Tournament was won by Point Chevalier with Balmoral second and Papatoetoe third.

Junior Interclub started last Monday with all the greens flooded so all games were played on carpets.
We have two teams entered this year.

So overall a good start especially for the White team playing at Takapuna.

Two more qualifying rounds are to be played before the finals.

We have a few Juniors playing in the New Zealand Open from next Saturday 10th through to  Sunday Good bowling to those players and stay dry.

On behalf of all the Juniors, I would like to wish Tony Popplewell all the best. Tony has not been well and has been in hospital. I believe he is back home and is doing well. All the best Tony. 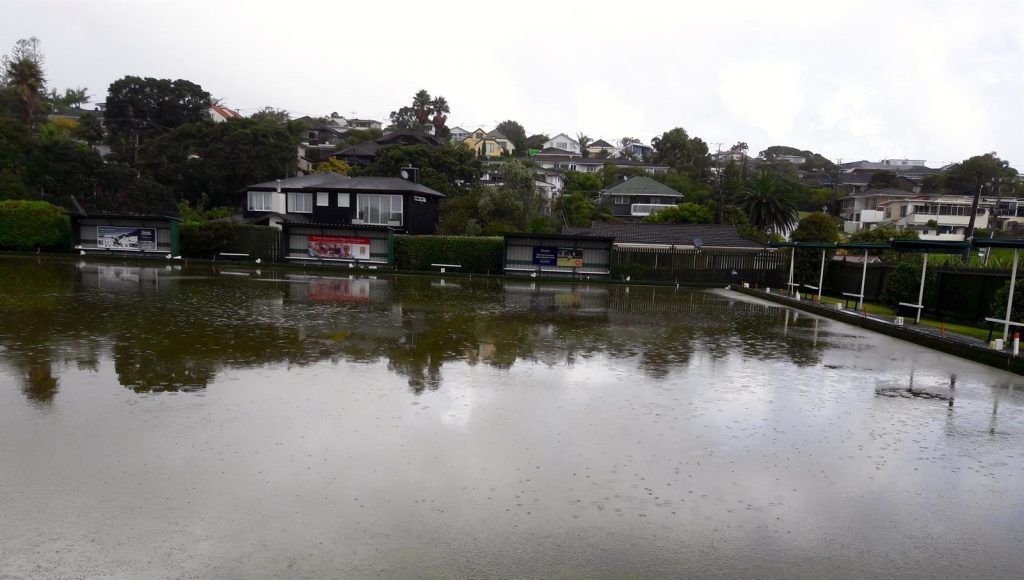