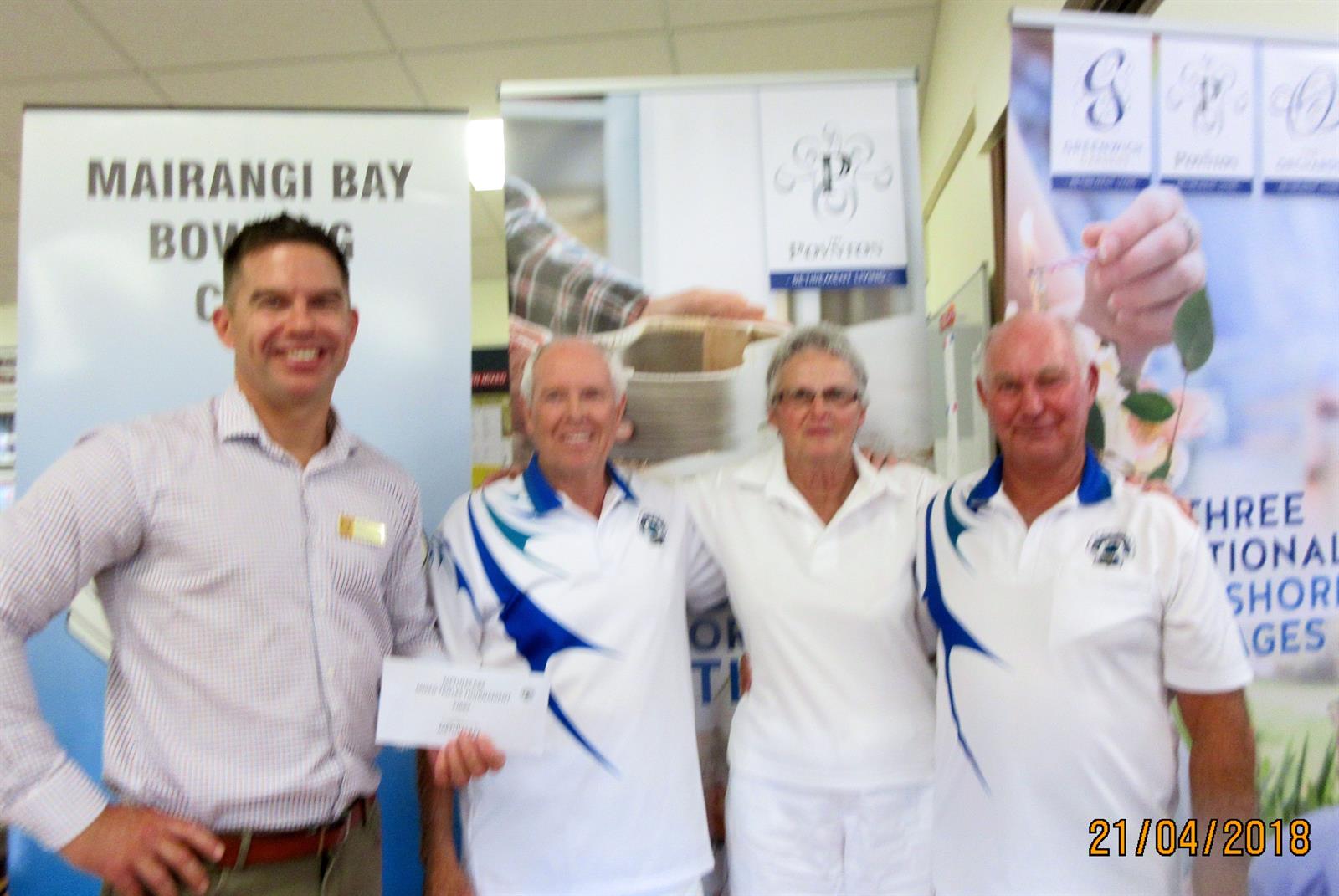 Although there were a couple of showers, the weather enabled a full day of triples bowls today.

The greens were running at different speeds and so the organiser arranged that the morning games were played on one green and the afternoon games were played on the other green.  As the result the day was based on wins and ends, this green swap made sure the full field was playing the same number of ends and therefore the results were fair.

Our sponsor, Metlifecare, was prominently on display with their flags indicating just how gusty the wind was. We thank them for their sponsorship of this well-supported competition.  It was great to have a number of visitors playing and the feedback from them on the quality of the greens was extremely positive.

So, to the results:
With no 4 winners, there were eight 3 winners.

Third with 30 ends was the team of Keith, Cathy and David.

The last of the money winners was the team of John, Caryl and Kevin and they had 29 ends.

A special thank you to Metlifecare who is also sponsoring tomorrows 10 and under games and to Simon for presenting the prizes and letting us know of the future investments and developments that Metlifecare have planned.