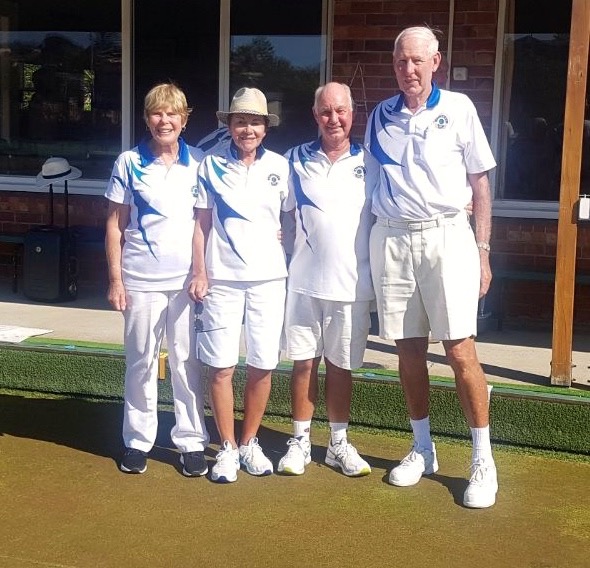 A mild weekend, with little wind for a change, was welcomed by the 12 teams who started the Champ Mixed Fours on Saturday 10th.

The 6 teams that qualified for post section did not contain the favourite Coombe team so it was up to Wech, Radojkovich, Glogoski, Nolan, Popplewell and Payne to decide the title.

Wech and Glogoski lost in the first round to Payne and Nolan and with Radojkovich and Popplewell on a bye, it was Payne v Nolan in one semi-final with the Payne team winning by one point to face the Popplewell team, who disposed of the Radojkovich team, in the other semi in the final.

An early lead by Payne was halted and a game, with the lead changing hands often till the last, saw the Popplewell team with S.McGregor, P.Clarke and G.Horne emerge as the winners 12-10.

It was good to see some of our newer members in post section play for the first time: good for the club’s future.