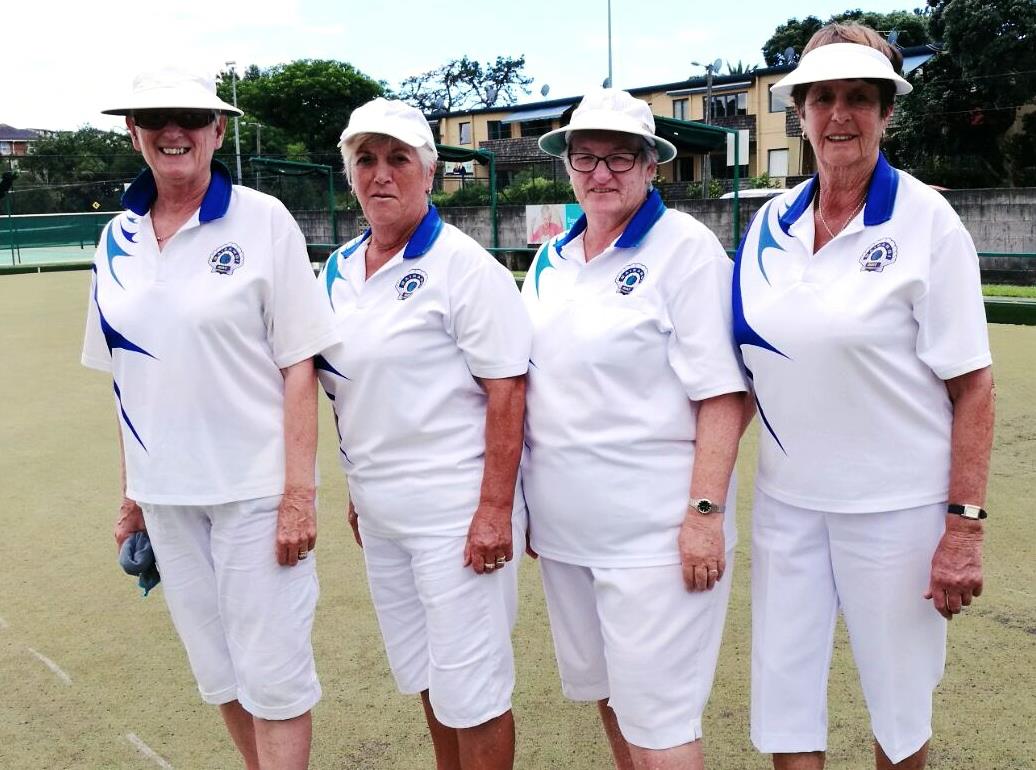 The weather was great (no humidity or wind), the greens perfect when seven teams participated in the Women’s Champ Fours over the weekend of 24/25 February.

There seven teams the competition was played as a ’round robin’ so that all teams had a bye.

There were some good bowls played but by the end of the fifth round, only two teams were capable of taking out the trophy, Jan Gledhill’s  team of Sheryl Wellington, Kathy Moreton and Colleen Rice, and Anne Hellier’s team of Hilary Ross, Caryl Miles and Theresa Rogers.

As it happened they were drawn to play each other in the sixth round.  Jan’s team had played four games, winning all four  (12 points) and Anne’s had played five games, winning four and losing one (12 points).  Her bye was to be in the 7th round so this game was very important to both teams.  If Anne won, Jan would have had to play Round 7, but if she lost then Jan would be the outright winner with 5 wins to Anne’s 4.

And what a game it was.   Jan’s team took an early lead but that was gradually whittled away.   Several times one team were holding shots on the head only for the opposition to play a bowl.   Nerve-wracking for the teams perhaps but great to watch!

the penultimate end, Jan’s team was down by 1, so the final end was crucial for both teams.  Sheryl drew two beautiful bowls and the final result was 12-11 to Jan’s team.

Congratulations to both finalists.
Phyl 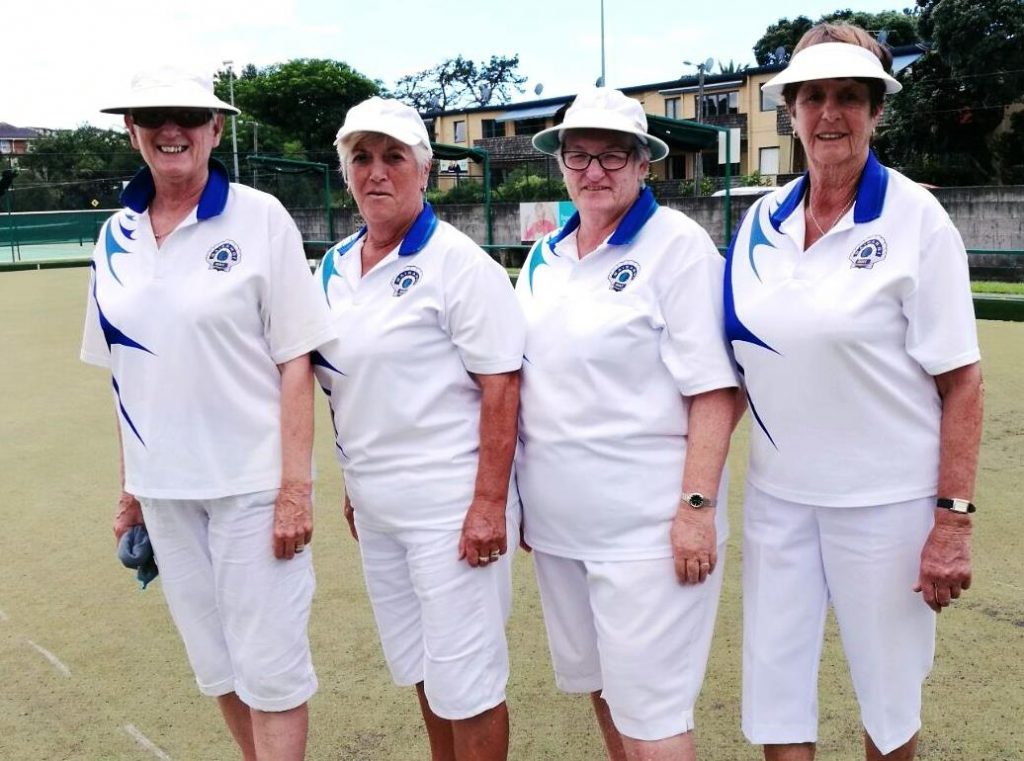