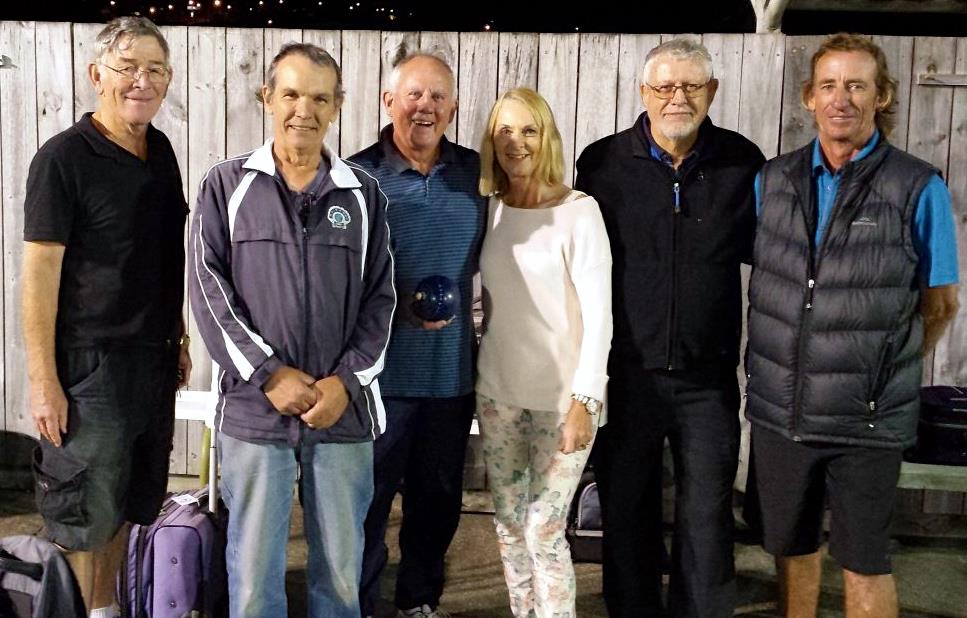 Virtually only needing one win the Blue team won two out of three on the night to claim top spot (see attached points chart).

With both Colleen Rice and Theresa Rogers missing on the night due to other bowls commitments Garth Partridge and Trish Hardy stepped up to the plate and won a closely fought game against our White team 15-13.   The triples team of Alan Daniels, Mike Wilkinson and Phil Chisholm had a 12- 7 win over Orewa.  In the Singles, Neil Buckner lost to Birkenhead.

On top of that our White team in the triples beat Birkenhead to stop them winning three games on the night.

Well done Mairangi Bay for getting two teams in the finals and Congratulations to the Blue Team.

A big thank you to Tony Popplewell, Leon , Garry Banks,  Ian Hardy and Kevin Cameron for the work they have put in. Also many thanks to the team of supporters that turned up last night.

Mairangi Bay will now contest the Regional Final for the Mercedes Rose Bowl up at Hikurangi on Saturday, May 12th.

Junior Women’s Championship Pairs
This event was held last Saturday and with just the two teams entered it was played as a best of three final.

Well done to Collen and Theresa in what was a closely fought round robin.   Y

Other Notices
You all should have received emails about
1. The Special General Meeting at 9.00am on Saturday 28th April.
This is to discuss the replacement of the carpet green and the election of two life members.

2. Friday 4th May.
End of Summer Season Social gathering starting with a glass of bubbles provided by Jo and Kara from Harcourts and entertainment from Keith Burman and the trio.   5:00 pm start, to around 7:30 ish.