With half of the teams having 3 or 4 wins several teams had a bad day. However, everyone was lucky as there was no rain during the day.

The best 4 winner were the two players with the longest hair Neil Buckner and Phill Chisholm who had 26 ends 2 ahead of Chris Taylor and Bevan Smith. 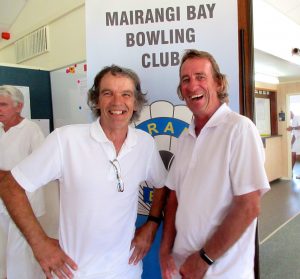 Third was Con Kater and Trevor Forward who also had 24 ends but less points.

It was Albert Salvador’s birthday and he won one of the minor prizes.