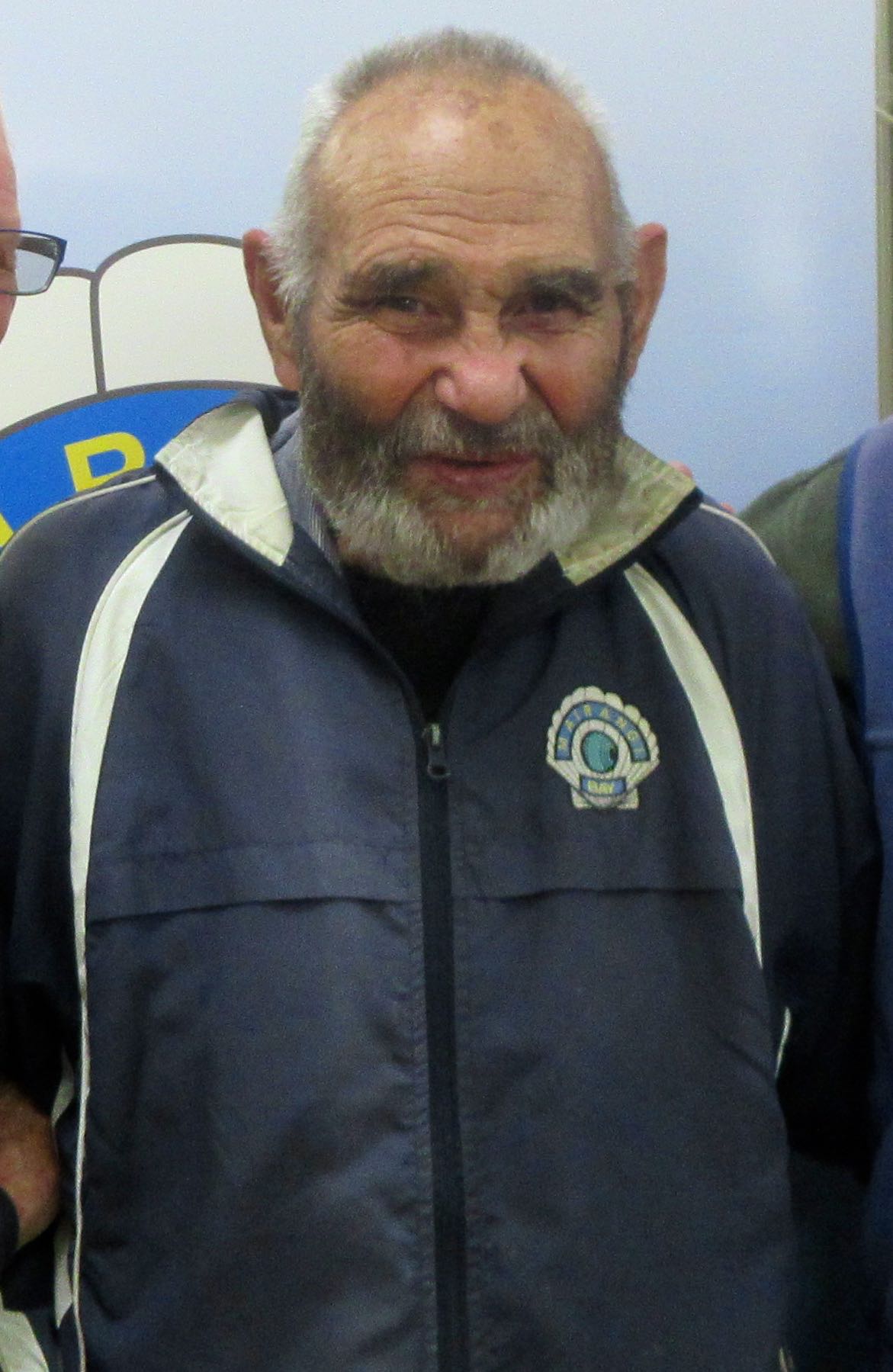 Friday the 29th November 2019 marked the end of an 18 1/2 years playing bowls association with Rex, when he said his health restricted him from playing triples any more.

In May 2001 whilst playing tennis with the veterans at the Mairangi Bay Tennis Club I looked over the fence to the bowling club and locked eyes with Rex, we were both retired teachers. He was either 4up or 4down, and he said “come and join me or us” and so I did, and what a journey of fun, comaradere and enjoyment it has been. First question, – “do you have any bowls?” No, well use these, Maestro size 5, extra heavy. Rex said ‘I can’t use them” (an understatement), they were like large cannon balls, so Rex bought a set of ABTs, size 3 black which he is still playing with. The date stamp is obliterated, bias is hard to determine, whoops, there’s another gold coin donation to the Hospice.

Through that winter I played lead, Ted Fitzpatrick (deceased) played No.2 and Rex skipped. We remained this way for about 7 years, when Ted and I changed positions. Following Ted’s retirement, Ray Parker became lead, Brian No 2 and Rex skip and then when Ray retired Rex went lead, Arthur Beale or Brian, No. 2 or skip, it was a flexible arrangement.

Amongst some of the things I learnt from Rex.  “Don’t play a losing hand, all rinks are different, play the most favourable drawing hand, draw to this bowl, cover this shot, don’t fatten up the head, (feint chance), that is put too many bowls close to the jack which could all be driven off, play their shot before the opposition does, we only have one bowl on the head, code for draw, not drive.”   I wish I had listened more closely, and had not removed our only close bowl.   Compare this positive advice with comments at times heard from other nameless skips: “Take your green, don’t be narrow, we are four down”, and the implication is it’s all your fault.

Rex’s positive comments and sage advise meant it was a pleasure to play with and against him for nearly two decades.

Apart from Rex’s success as a bowler, North Harbour Rep, numerous club titles, meat packs, hams and prize money galore, he would take younger men in bowling years into tournaments. He was runner up in the Founders with 2 juniors, Neville O’Connor and myself.

Off the bowling field Rex has made a huge contribution to the club. Convenor of selectors, very popular club coach, selector and coach for North Harbour Representative Teams, a huge commitment to the organisation of the very successful Saturday haggle, and the selling of countless raffle tickets over a decade. He always took No. 21, often a winner and there is suspicion among non-winners that there was something dodgy about that raffle ball!

He worked closely with Peter Andrews, providing morning tea for the ladies Tuesday tournaments over a number of years, and as a photographer took pictures of the winning tournament teams closing day prize giving and working bees.

Rex has had a huge involvement with the success of the business house bowls, now up to 28 teams on Wednesdays, pre- and post-Christmas (thank you Stuart Jamieson for organising such a successful venture). Rex’s talk to the assembled 112 players, full of wise advice and humour are much anticipated and appreciated (‘slow and low’).

His appointment as a Life Member, 2018 was and is a just reward for a great commitment to the club on and off the greens and I know the late Ted Fitzpatrick, as well as John Miles, Ray Parker, Murray Radjokovich, Ron Rennie, Albert Salvador and John Valentine, who all started bowling at about the same time, to name a few, would endorse my comments. Apologies in advance for any omissions of older active club members.

PS: Rex, – don’t put those ABT bowls up for sale. Come and join us any time, any way, when health permits.