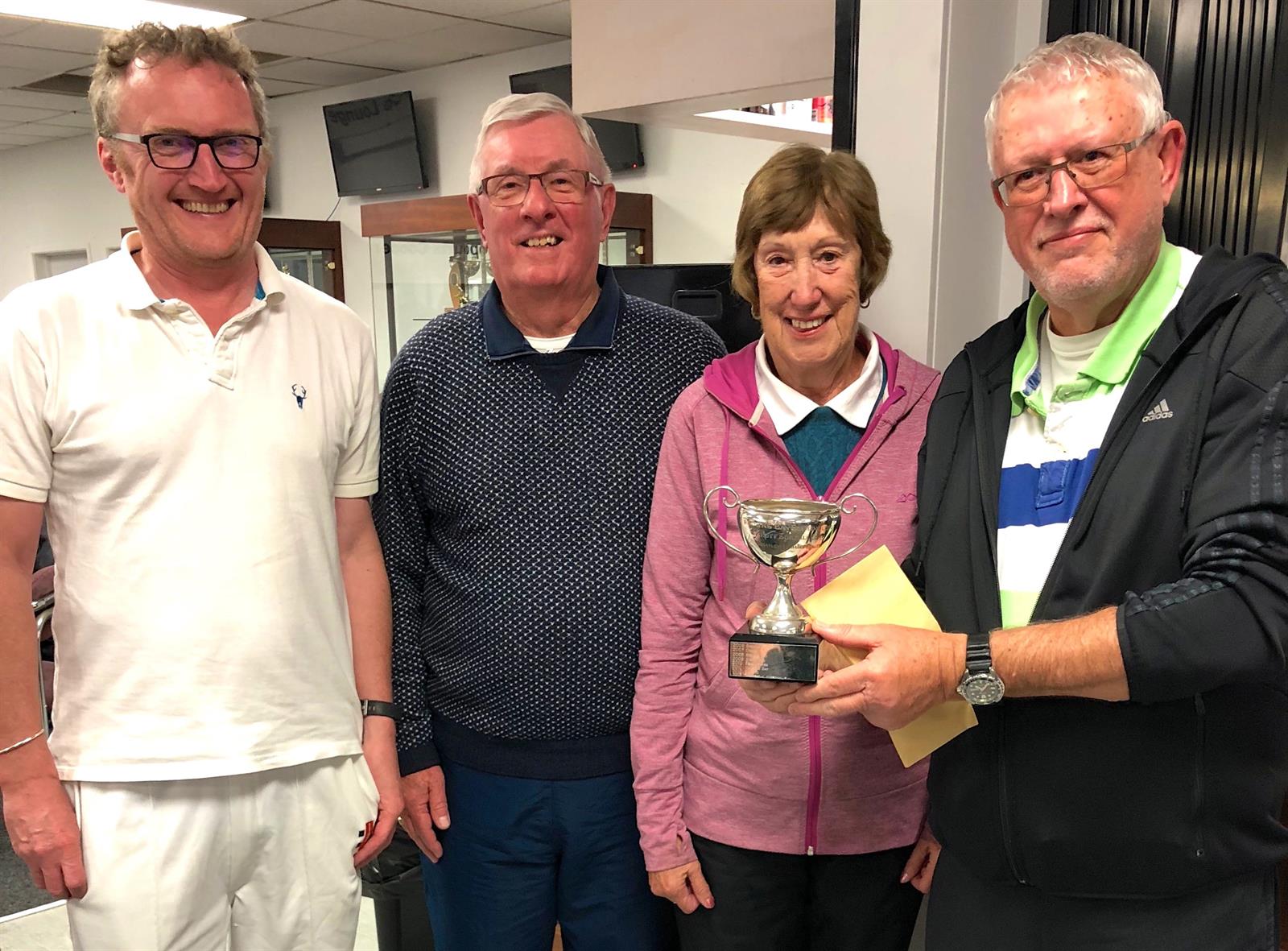 More success for the Mairangi Bay Juniors on the weekend.

The Cup was held at Browns Bay on Sunday in reasonable conditions not too cold and a just a little bit of rain.

We had three teams competing, the most from any club.

The Winning team was Alan Daniels, Allan Blackman, Allan Langley and Margaret O`Carroll (Alana for the day ) who won all four games on the day and were the only four winner.

There were five teams that ended up with 3 wins.

While all the Allan’s bowled very well, Margaret (Alana ) was a standout with her leading. They had a tough game in their first against a strong composite team being down 7-1 to come back and win 10-8, that team was one of the three winners. They also had a tough third game against Bob Telfer’s Takapuna team, winning 7-6. That team was also a three winner. Two wins against a Milford team that upset Kevin Rainsford’s team and Riverhead gave them their four wins. This gives Alan Daniels and Allan Blackman their first win in the  Cup in their final year as Juniors.

The team of Neil Buckner, David Payne, Ron Horne and Theresa Rogers lost their first game to Birkenhead 7-6 on the last bowl. They had a big win in their next game against Browns Bay but lost to Mahurangi and the composite team in the afternoon.

The team of Garth Partridge, Enid Di Cesare, John McConnachie and Louise Ball lost all four games. Their claim to fame was getting a 7 on one end in their third game which unfortunately they lost 18-7. Under Garths skipping they all showed promise with Enid playing very well at three. It was great to see John and Louise playing and getting experience. And the good thing was they were all smiling at the end of the day.

I have two additional names for the Stanaway, John McConnachie and David Tripp and with them, I would like to make another team for that event. If interested let me know, I believe I can get someone else from another club who could skip but let me know if you are keen. 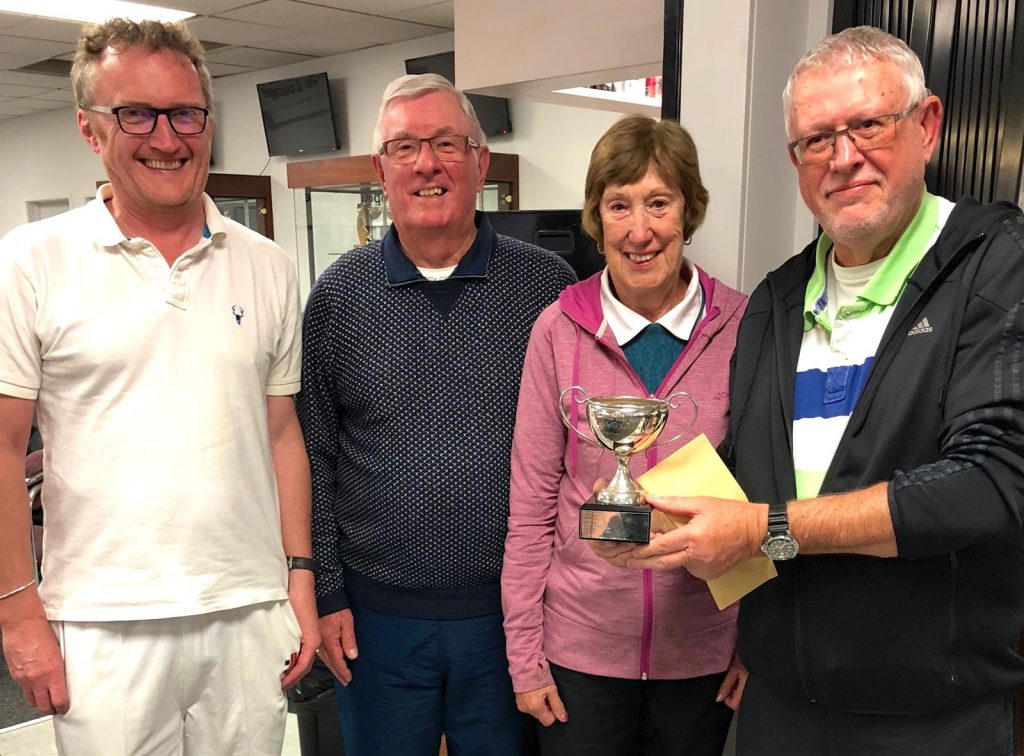