Hi Everyone.
A stunning day on Sunday up at Manly Bowling Club for the final Junior Tournament of the season.

A big thank you to a number of club members who turned up to support us and take advantage of the weather.

Unfortunately, some of our veteran Juniors may have been caught up with the occasion, with this being their final Junior Tournament and struggled to find their rhythm.

The winners of the event were the very strong composite team (see attached photo) of Bob Telfer Takapuna, Jerome Rusk and Jerry Belcher Birkenhead and Kevin Rainsford Manly.   Also pictured in the photo is Tony Stanaway who presented the Trophy on behalf of the Stanaway family. They had four wins on the day, the only team to do so and also beat all three Mairangi Bay teams.

Second were the young guns from Mairangi Bay. The team of Phil Chisholm , Garth “in the money again” Partridge, Allan Langley and Colleen Rice. They had three wins with their only loss coming against the winning composite team. Well done to them.

We have a few players competing in the Canoe and Campi Cups being played this coming weekend which ends the Junior Winter coaching program. Good bowling to those players.

Four weeks to the start of the new season. Get those whites ready !!!
Alan Daniels
Junior Convenor 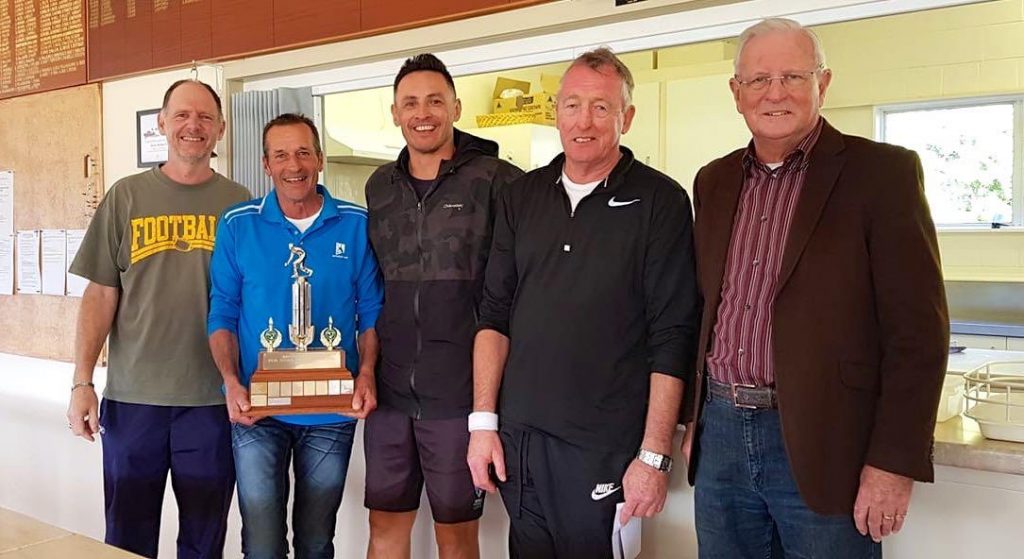