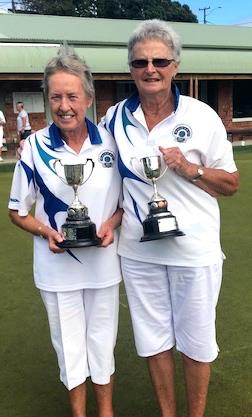 You never know what might happen if you enter a competition just to make up the numbers.   You could go ahead and win it!

That is what Noelene and Caryl did on a perfect day for bowls weatherwise on Saturday 31 March.

They were one of the four qualifying teams resulting from the preliminary rounds of the Champ Pairs played earlier in the month.

Noelene and Caryl both played some great bowls to overcome the strong combination of Hilary and Raewyn, who conceded on the 16th end but the semi-final between Trish O and Sheryl and Gayle and Trish H. was close all the way through with Trish  and Sheryl prevailing. 16/13 on the 18th end.

We were treated to some more close bowling in the final game between Noelene and Caryl and Trish O and Sheryl.
Both teams won nine ends with mostly ones and two’s scored each end.   On the 17th end, Noelene and Caryl were leading 14/12. With her first bowl on the 18th end Caryl drew right in front of the jack and that is where it stayed throughout the end making the final score 15/12 to them.

Congratulations to the finalists and thank you to all who entered because without the entries there would be no competitions and that would be a shame. 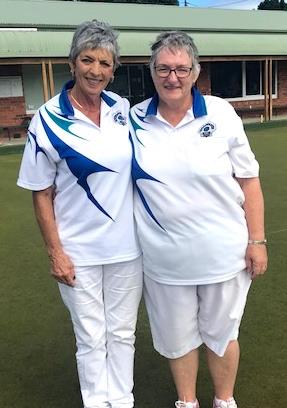