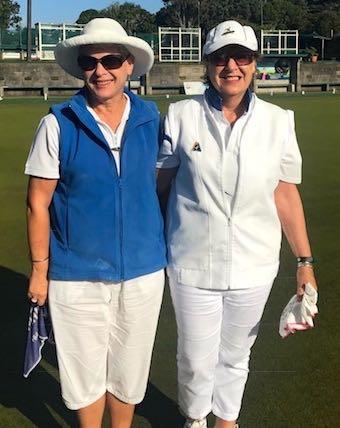 The final of the Ladies Singles between Jo Baxter & Theresa Rogers was played on the gloriously sunny morning of Tuesday, April 17th.

These 2 well-matched finalists played an enthralling game with no end being won (or lost) by more than 2 points.

On the last end, Jo was holding the shot until Theresa ran the shot bowl off & with her last bowl.  Jo was unable to reclaim the jack, thus Theresa won 21 – 20

Congratulations to both Theresa & Jo