A thrilling championship was decided in a three-game match.

Good bowls by two good players who both performed well in the 1st Year Singles Championship at Manly over the weekend with Gaye finishing runner up. 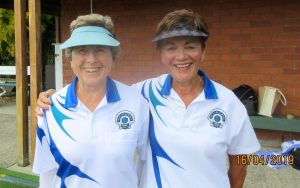