First with 17 ends was the team of Mike Wilkinson, Gayle Wilkinson and Rex Redfern. They had one more end than the Ian Hardy, Jacqui Belcher and Ric Lydford team.

The third team was Arthur and Janne Beale and John Gledhill.

Angela Dickson presented the prizes on behalf of Arena Living. As it happened to be John Lindsay’s Birthday, everyone sang happy Birthday to him during the Prize giving.

The next half-day tournament will be on the 18th of April. This will be followed by the traditional half day games on Anzac Day. Regards Rex 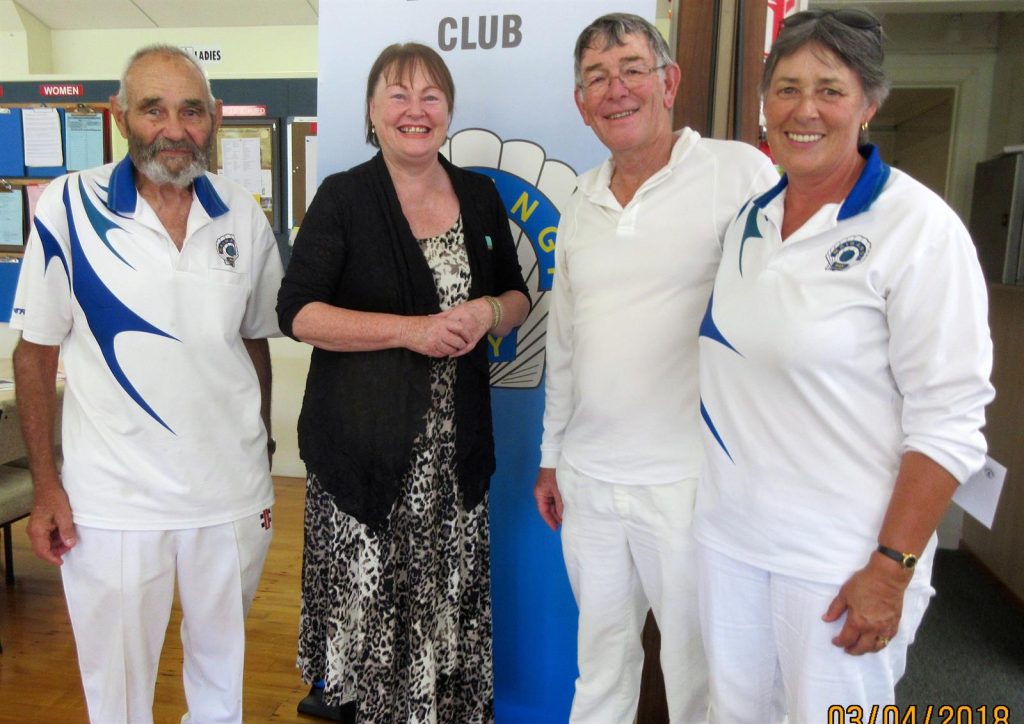