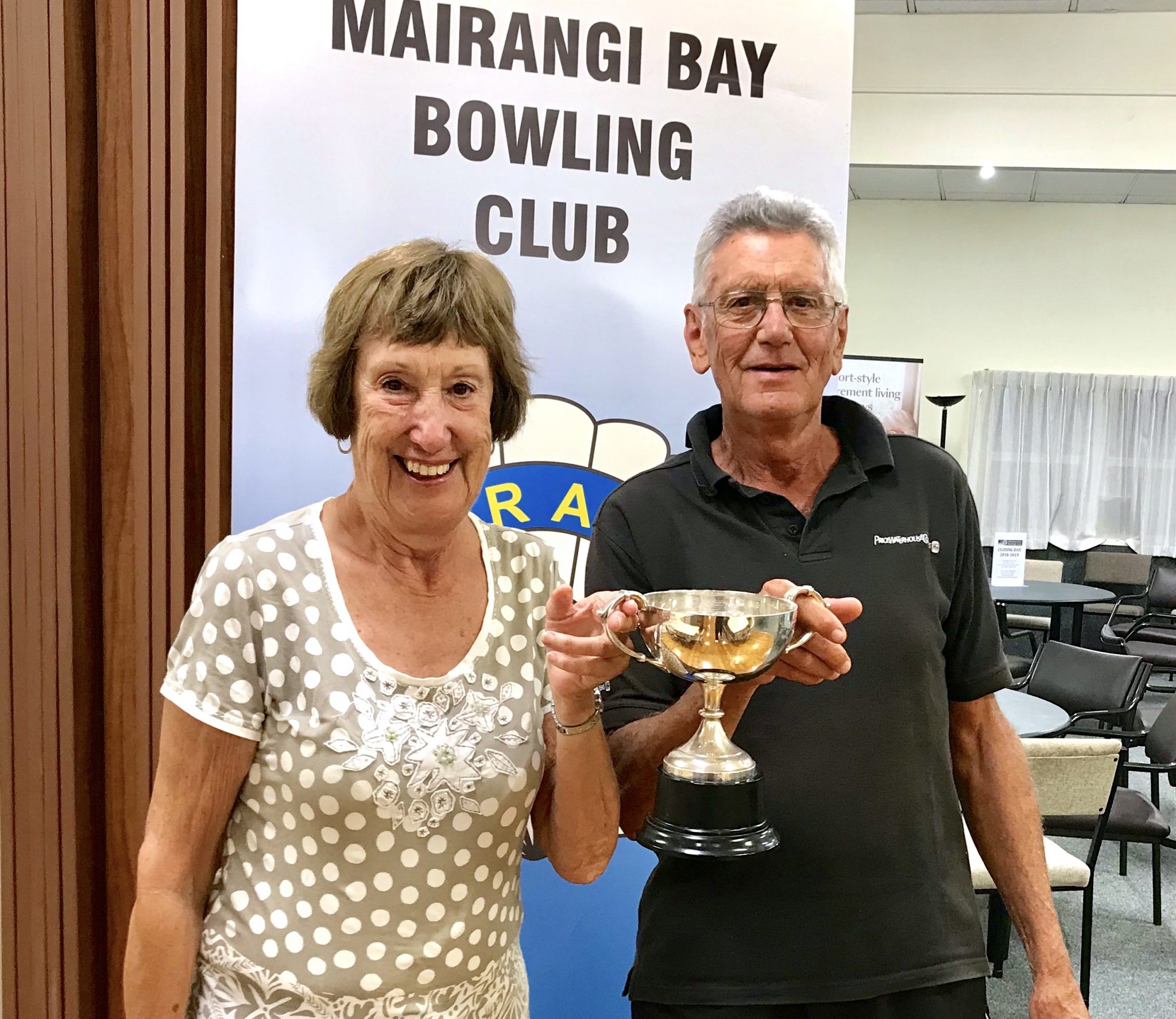 On a beautiful afternoon last Friday, May 10th,  16 teams competed in this year’s Flewellyn Cup.

There was only one team with three wins and that was Geoff Ladd and Margaret O’Carroll.
Second was John and Caryl Miles with two and a half wins, and third was Barry McCrystal and Jo Baxter with two wins and the greatest number of points of the two winners. (the previous cup winners).

With the season rapidly coming to an end it was good that although the Flewellyn Cup was originally scheduled in February, we could not have chosen a better day weather wise than last Friday.

Thank you to all who helped make the day a success.