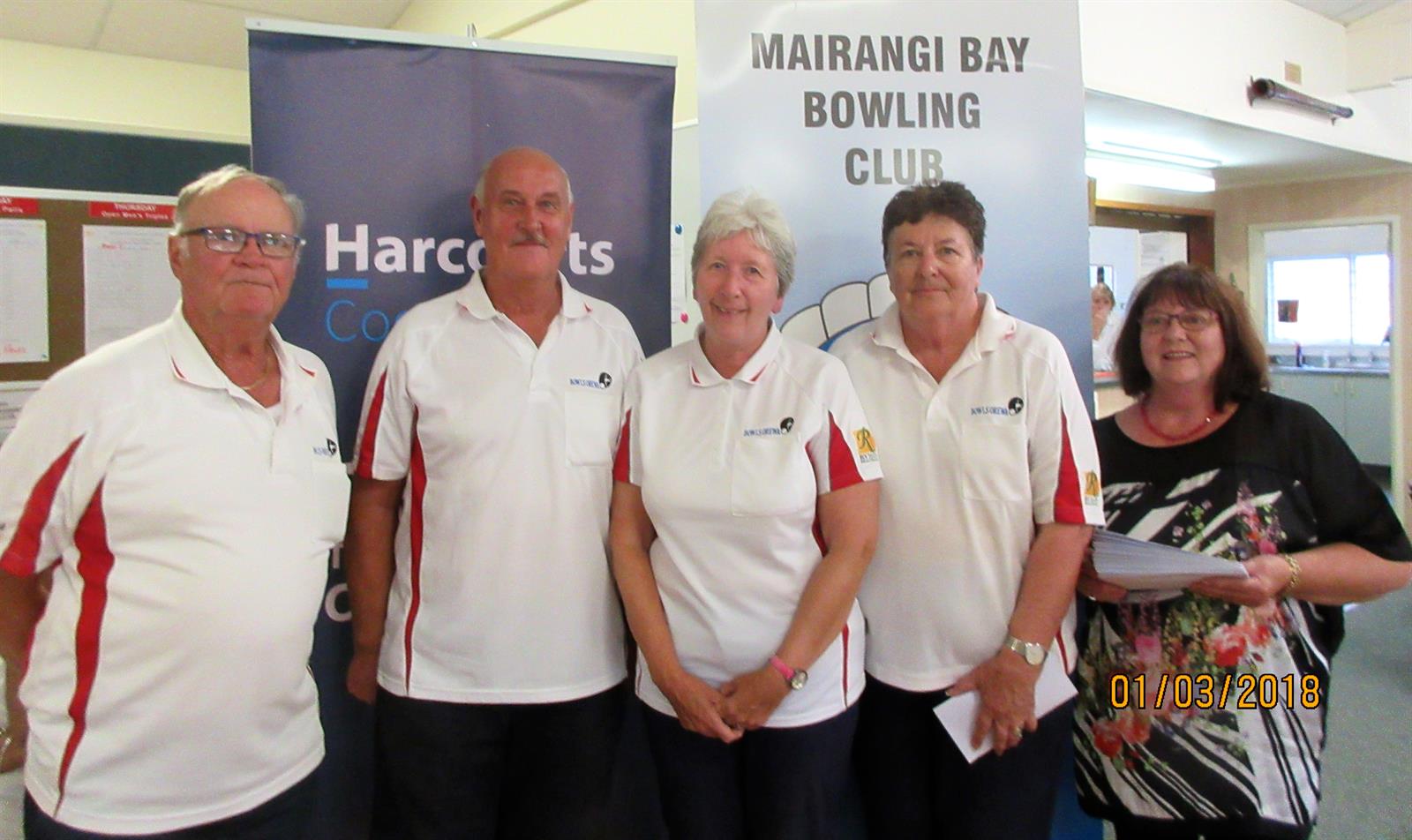 The Harcourts Cooper & Company sponsored two-day fours tournament was played in windy conditions on Wednesday the 28th and Thursday the 1st.    Fortunately, there was no rain.

It was won by the team from Orewa. The team was Murray Vallance, Walter Howden, Maureen Howden and Tira Campbell. was Norm Scott-Morrison, Adele Ineson, Robin Walker and Murray Matheson.

In third place was the team of Ian Hardy, Jackie Belcher, Trish Hardy and Ruth Lynch.

The first day was won by H Ross, N Buckner  J Seagar and D Polkinghorne.
The second day was win by E and B , C Rogan and K Roberts.

Many thanks to all participants and special thanks to our sponsor, Harcourts Cooper & Company, who have helped make this traditional and special tournament such a success. 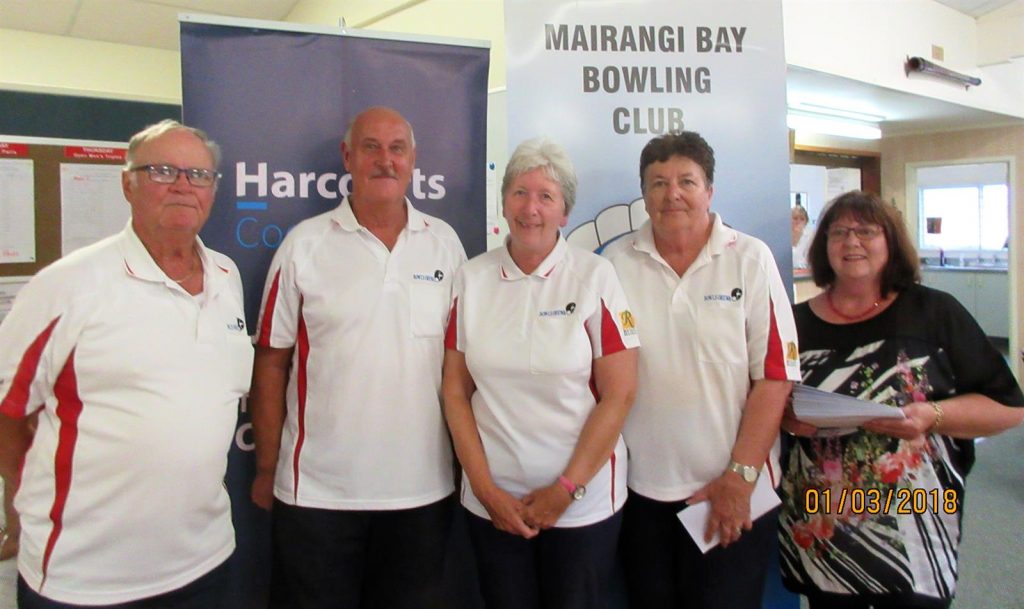