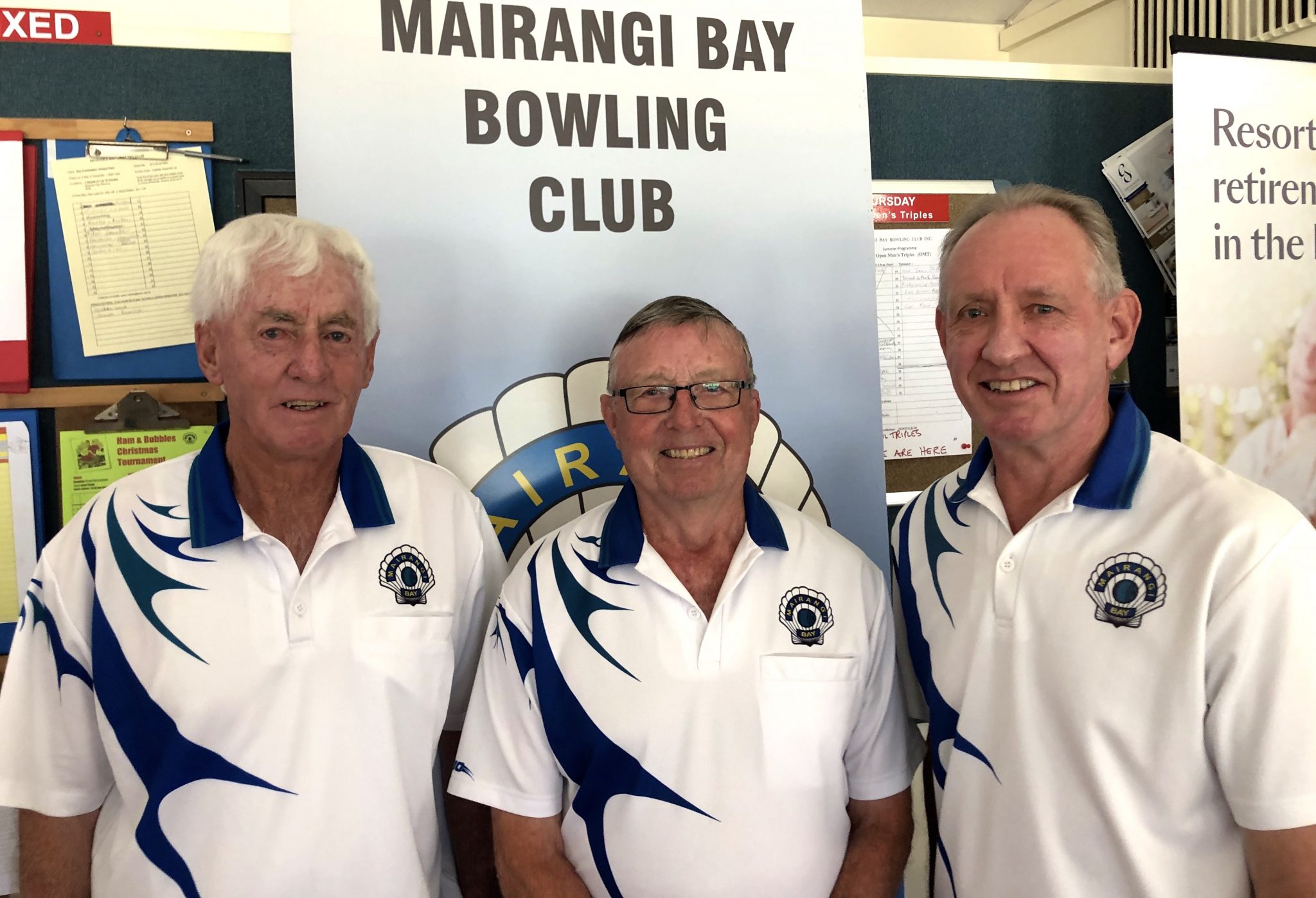 The Men’s Triples were played last weekend in fine weather and what a contest it turned out to be.

The 11 teams that entered, played the game under the 2 life system and after the first days play we had 6 teams who returned on Sunday.  These were Wech, Coombe, Buckner, Hardy, Cain and Miles, with only Wech and Coombe as 2 lifers.

With Buckner getting the bye and Coombe defeating Wech, it left Buckner and Coombe to play for the title and what game it was.

After 18 ends and the score tied at 11-11.  An extra end was played.
A superb lead bowl by Brian Rogers, which was inches from the jack, saw it stay there all game and the title was won 12-11 by Brian Rogers, Don Ambrose and Ian Coombe.