There was a doubt that we would even get started, however the rain stayed away until lunch time and then, after the third game, it bucketed down.  Unfortunately there was a bye and so one team had two games in the morning, a long lunch and then play was abandoned. 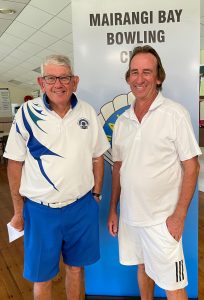