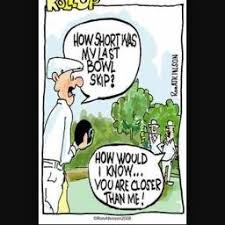 Once again it was encouraging to see a reasonable number playing in the afternoon Haggle and this was despite many members being involved in either the Women’s or Men’s Championship Triples.

David Hope and John McConnachie were the winners as they managed 2 wins and had 13 ends.

Just one end behind, and in second place, were Steve McGregor and Graham Ward, and one end further back were Les Boulton and John Hanton.

The next Haggle is Saturday 21st December starting at 1:00pm (dress is mufti).  There are no other club competition on and therefore the field is expected to be even larger.  It would pay to make sure your name is on the sheet nice and early, to allow the organisers time to do the draw.